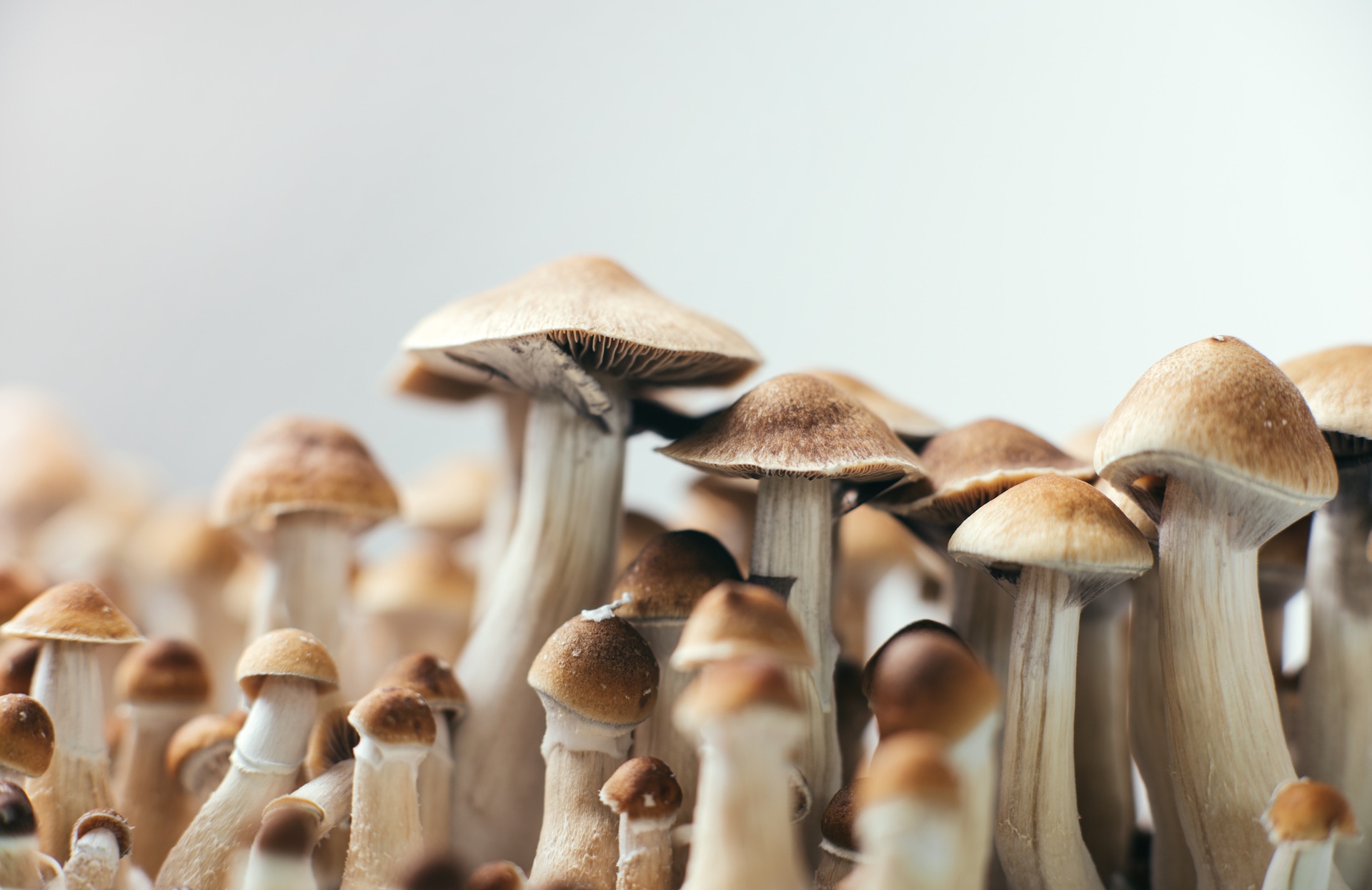 Psanctuary Church is a lawfully incorporated 508(c)(1)(a) Faith Based Organization operating. The Church affirms the legal rights of the Church and its adult members, under the First Amendment of the U.S. Constitution, the federal Religious Freedom Restoration Act of 1993, 42 USC § 2000bb, et seq. (“RFRA”), and other applicable state laws—including Kentucky Rev Stat 446.350 and religious freedom protections available under the Kentucky constitution and other Kentucky statutes and laws—to responsibly use sacraments in bona fide religious ceremony pursuant to sincerely held religious beliefs. This includes sacraments that are scheduled under federal and state law.

For purposes of the Church, there is one sacrament: the sacred mix of natural substances found in certain mushrooms, specifically, psilocybin and psilocyn, which have been used in religious ceremonies around the world for hundreds (if not thousands) of years (“Sacrament”). The Church and its members affirm their right to responsibly use the Sacrament in ways that are exempted from the federal Controlled Substances Act, 21 U.S.C. § 801, et seq. (“CSA”), and applicable state Controlled Substances Acts.

The Church, respectfully, asserts its rights to seek attorney’s fees and other damages to the extent any private or government actor impinges on the rights of the Church or adult Church members to safely and responsibly practice their religion. See generally, 43 U.S.C. § 1988(b).

A key mission of Psanctuary is to build, grow and sustain a non-denominational, international faith-based religious community premised on and constructed around the safe and responsible religious use of the Sacrament in sacred ceremonies to facilitate (a) the personal growth and religious healing of church members, (b) the building of a transformative church community, and (c) the ushering forth of community and global healing through the work of the Church and its members. The Church respects the historical and time-honored religious traditions that exist concerning the Sacrament.  The Sacrament has been used in spiritual and religious ceremonies for centuries in North America and in other parts of the world. Many formal churches exist in the United States that are safely and effectively using the Sacrament as part of their religions, including churches that have operated in the United States for decades.

To be clear, the Church honors and respects all entheogens. Embedded in Church doctrine is the recognition that God has provided humans with many types of plants, fungi and other natural substances that can support spiritual growth and religious transformations.  The Church recognizes that many other established churches, as well as individuals, have found religious healing through customs, practices and ceremonies that involve the intentional, religious use of entheogens. This includes but is not limited to the Native American Church and its many affiliates, which assert the right to use all entheogens as sacraments; the UDV church referenced in the UDV Decision, Santo Daime Church referenced in the Santo Daime Decision, and the Soul Quest church in Florida, all of which have long asserted the right to use ayahuasca as a sacrament; and other single and multi-sacrament churches that presently exist, or are in the process of forming, in Kentucky and elsewhere. Reverence for Nature, as the manifestation of our Creator, is foundational to Psanctuary’s practices and beliefs. While sacred mushrooms are our Sacrament, we believe that all of nature is an expression of God’s love and is to be respected and honored.

The Church embraces a non-denominational approach that honors and draws from the customs and beliefs of other religions that respect and value life, including Christianity. The Church believes that all religions contain elements of the Universal Truth:  that God—or, as referred to within the Church, Universal Consciousness—is Love and that Love is the foundation of manifested creation and individual and communal healing. Within this framework, the Church believes that the Sacrament is nature’s greatest and primary gift to facilitate transformative connections with the spiritual world and deeper connections with self. The Church believes that Sacrament can assist those who consume it intentionally, in ceremonies conducted pursuant to Church doctrine and procedures, in accessing personal Divinity, Healing, Spiritual Enlightenment and connection with Universal Consciousness.

The Church has dedicated itself to ensuring that religious practices conducted pursuant to the sincerely held beliefs of the Church and its members do not disturb, or disrupt the peace, of others in the local communities where Psanctuary has a presence. Church doctrines preclude anyone from engaging with Sacrament unless (a) they are motivated by sincere religious beliefs, and (b) they are engaging with Sacrament as part of a Church-sanctioned religious ritual or ceremony. The Church has strict rules concerning the preparing of, handling, and consumption of the Sacrament, which among other things must be done with reverence of the Sacrament, which must be distributed only by ordained officials of the Church and only in official healing services of The Church. Only ordained officials, who have received appropriate approvals by the Church, are permitted to grow, prepare and serve the Sacrament in accordance with the Church’s rules.

No official will be ordained unless they have demonstrated an understanding of Church policies and procedures, including strict procedures that ensure there is no diversion of Sacrament to others. Psanctuary has developed practices for storing, quantifying and utilizing sacrament and protecting it from misappropriation, and the Church commits to revisiting and enhancing its practices, as needed and as appropriate, subject to the Church reserving and affirming its right to use the sacrament without government interference consistent with the U.S. Constitution, the RFRA and applicable federal and state law, including the UDV Decision and the Santo Daime Decision.

To the extent practicable, and with full reservation of its right to exercise its religion, the Church seeks to build bridges with other members of the local and national community that foster community, health, healing and transparency. The Church believes that we—not just members of the Church, but all people throughout the world—are all members of a single human race, that in a very real way we are all part of a broader spiritual family without racial distinction, and that every human deserves the same respect and rights regardless of ethnicity, sexual preference, socioeconomic status or any other categorical distinction that has been used historically or in today’s world to foster separateness or, at times, oppression. All people from any walk of life that respects the Sacrament and Church doctrine are welcomed into our peace-loving community. The Church welcomes as members those who are called to the Sacrament in the name of religious and spiritual growth and healing, and who also respect and embrace the tenets of the Church.

Psanctuary recognizes that, presently, there is a shift occurring across the nation with regard to entheogens, generally, and the mushrooms that constitute the Sacrament of the Church, specifically. As time goes on, more people and communities in the United States are recognizing that responsible adults have been able to develop healing relationships with entheogens, such as psilocybin-containing mushrooms, within and outside of religious and therapy settings. Moreover, each year additional institutions are performing medical and other scientific research exploring the possible physical and mental health benefits associated with the safe, intentional and responsible use of entheogens.  As a 508 organization, the Church expects to contribute its voice to the unfolding political and legislative dialogue in the United States concerning safe access to entheogens, including psilocybin-containing mushrooms and, where appropriate, to offer support to decriminalization initiatives. Several pro-entheogen initiatives that have unfolded in recent years, or are presently unfolding, are identified below. Psanctuary also offers its voice and support to other churches or church members who are contributing to this important dialogue, or who find themselves confronting institutions that challenge their lawful right to responsibly use entheogens. Psanctuary also is a supporter of ongoing and future medical research on entheogens.** Examples of prior and current entheogenic research is identified below.

With that said, the Church, as an organization, is primarily focused on ensuring that anyone associated with the Church, including its members and leaders, are respecting the Sacrament consistent with Church doctrine. In other words, while the Church is supportive of the right of individuals and groups, in general, to use entheogens in safe and responsible manners within religious and medical/mental health contexts or outside of them, the Church’s doctrines, practices, and religion are focused on the use of the Sacrament within the Church’s structure, consistent with the sincerely held religious beliefs held by the Church and its members, in furtherance of their bona fide exercise of religion.