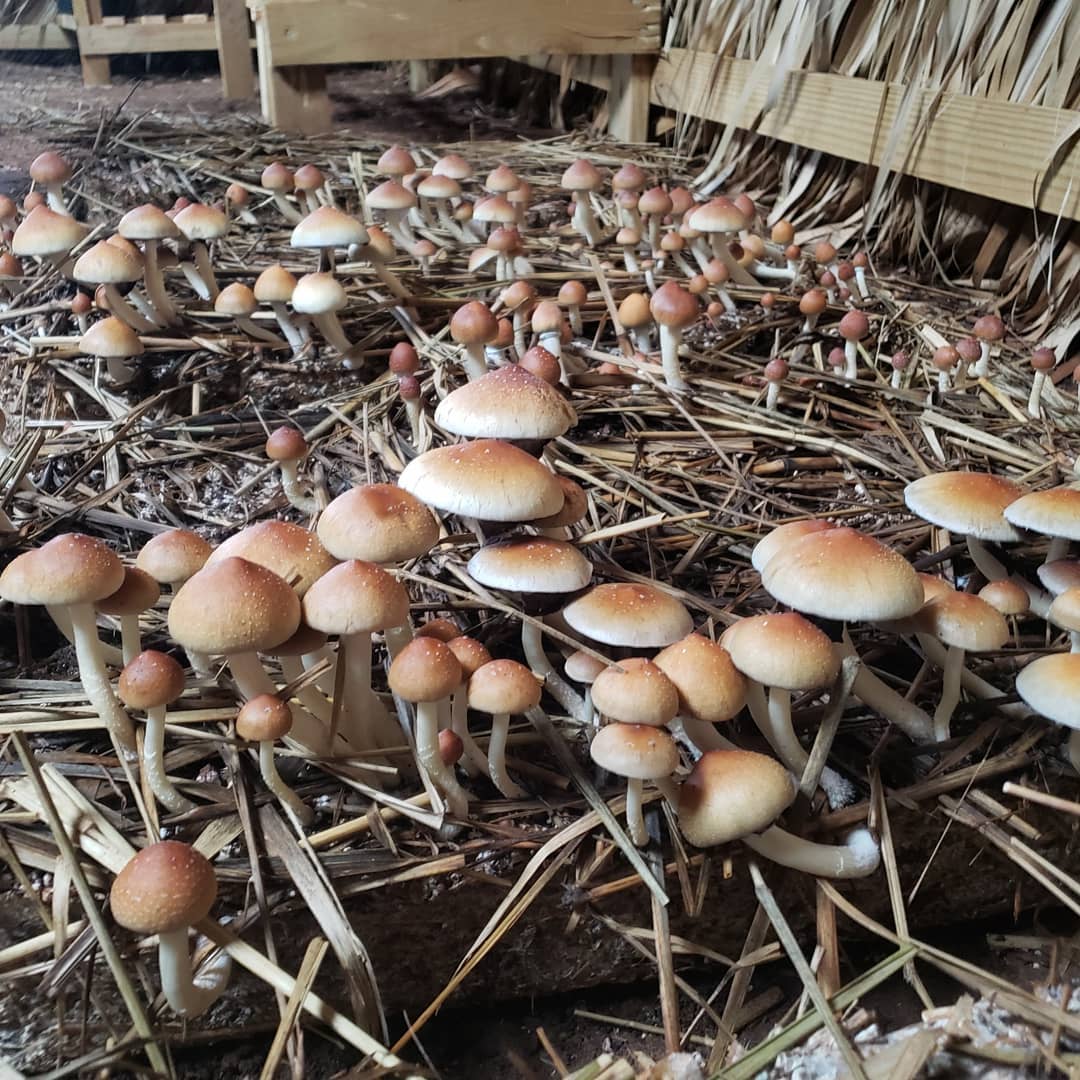 Psilocybin and the Treatment of Depression

Eric recounts some of his personal and professional experiences regarding the use of sacred mushrooms for overcoming depression.

Psilocybin and the Treatment of Depression

For good reason, there has been quite a bit of media coverage, research, and excitement around the possibility of psilocybin mushrooms to serve as an effective treatment for depression. Those of us who have been communing with the mushroom long before this popularization have known indeed that they are effective. While much of the research is based on the neurological effects of psilocybin, it is also maintained by Johns Hopkins and other research institutes that the mystical experience induced by these fungi is essential for healing.

Not being a neurologist, I can’t speak much to the neurochemical component, but I can attest to the value of the mystical experience contributing to relief from depression and other ailments. In fact, that is my particular area of expertise — but we will save my reflections on the nature of the mystical experience for another posting. Here and now, let’s focus on the topic at hand: psilocybin’s ability to relieve and even remove depression.

Before getting to all of the goodness, I want to be clear that while psilocybin is being touted almost as a magic cure, the healing process for many, including myself, is a lifelong one. It is also worth pointing out that an ongoing state of bliss is not what this life is about. We tend to label prolonged sadness as depression, or to believe that we should be happy for a vast majority, if not all, of our lives. Not only is this an overly lofty goal, but we must also remember that were it not for the downs, we would not recognize the ups. That being said, depression is real and can feel like a hopeless void from which there is no escape. There may not be any one magic cure for the hopeless state often induced by depression, but I have absolutely seen these magic mushrooms perform miraculous healing.

Of these many miracles, one stands out. In 2018, a young man met me at the Montego Bay airport dressed completely in black. Long sleeves, long pants, and a black fedora. He could barely look me in the eyes, and it was impossible for him to look at his fellow retreat-goers face to face. This was the epitome of depression. Until then, and still to this day, I had never met anyone so self-loathing or in such despair.

Diagnosed with anhedonia, he had tried ketamine, SSRIs, every form of talk therapy, NLP, CBT, etc. Nothing moved him. He felt nothing. He flat-out told me going into our week together that if this didn’t help, a gun in his mouth was the next option. I’ve had around twenty people tell me this at this point, but this was relatively early in my administration of this sacrament(though, of course, to him and the others on the retreat I never referred to the mushrooms as such — for this individual, as with most people I worked with, it was a therapy, an intervention). Over the course of ten days he took four doses of the mushrooms. I can’t remember the exact amount, but it was something like three, six, eight, and then twelve grams.

The first three sessions seemed to do little. After the initial dose, he confided in me that he was even more depressed, but was somehow encouraged because it was the first time he had felt anything at all in years, even a negative emotion. It’s not uncommon for severely depressed individuals to feel more down after an initial dose of psilocybin, especially a lower dose like the one he had. It is difficult for me to recall the details of his next two sessions, but they were unremarkable to say the least.

Going into his fourth and final session, I may have been almost as desperate as he was for the mushrooms to “do the trick.” We did this dose on a private beach with our group of ten or so people. What he didn’t know then (and still doesn’t know) is what perhaps none of my previous “clients” on retreat ever knew: During the sessions I prayed for him — for all of them, though some more than others, I suppose. My persistent “prayer” was for the mushrooms to give each person what they needed, but for this man, on this evening, I prayed fervently, for hours. Not to some imaginary God in the sky, but to the All That Is, to the Infinite Awareness, to please, please, please give this man what he needed to heal his soul.

I would like to explain my view of prayer. In my understanding, prayer is not the beseeching of some invisible entity. Prayer is the directed focus of my energy and attention. It is synonymous with thought. One of our Psanctuary members so perfectly said in a Zoom service a few weeks ago that “Thoughts are prayers.” Perfect.  What we think about — and even more importantly, thoughts we charge with emotional energy such as desire — are the prayers we put out into the quantum field. And I have seen it have an effect. This doesn’t mean I take credit for healing that occurs in my sessions; we are all vehicles of consciousness, and if a thought/prayer is working through me, it is the supreme and universal consciousness that is directing it so.

Similarly, I do not take it as my responsibility if someone I work with decides to take their own life. It has indeed happened once, over a year after our time together and while painful to the extreme, there is only so much any of us can do. We love and let go. We show up and then set them free. The young man who is the subject of my reflection  spent about three hours on the beach, cocooned in a blanket in the sand. He occasionally stuck his head out to look around, but he basically endured those hours writhing and groaning. I prayed. When he arose, we still did not speak for another hour, perhaps two. He was so shell shocked that even for the rest of the night there was little said.

Equally dramatic, our anhedonic friend had an immediate and lasting recovery. From that time he has been completely depression free. And not just that he is a new man, excited to be alive. He even started wearing colored clothing! It was indeed a miracle.

But this was not the norm. More typically people still have to work to get themselves out of depression for the long haul. The mental pathways we have constructed in our subconscious through repetitive thinking and behaviors can be extremely difficult to reroute. For me, overcoming depression has been and still is a growth process. While there have been some major breaks in the dark, foreboding clouds that have covered my skies, I would by lying if I said mushrooms “cured” my depression. What they have given me is relief, and they have helped me see how I can help myself, how I can fill my subconscious with more affirming information. They have showed me how I can cure my depression.

The mystical experience provided regularly by sacred mushrooms has reminded me, like it has for so many others, that there is much more to existence than meets the eye. It encourages us. It reminds us that we were born out of and indeed exist in a mystery of our own making. Expect that life is on your side, my friends, expect that you will find healing in the mushrooms, and in each other. Expect goodness and it will come to you. Your thoughts are your prayers. The mushrooms amplify your mind, your heart, your spirit. Take them with care and ask yourself to heal itself. There is no god in the sky, there is only the god in your heart, and it loves you and wants you to be happy … most of the time. 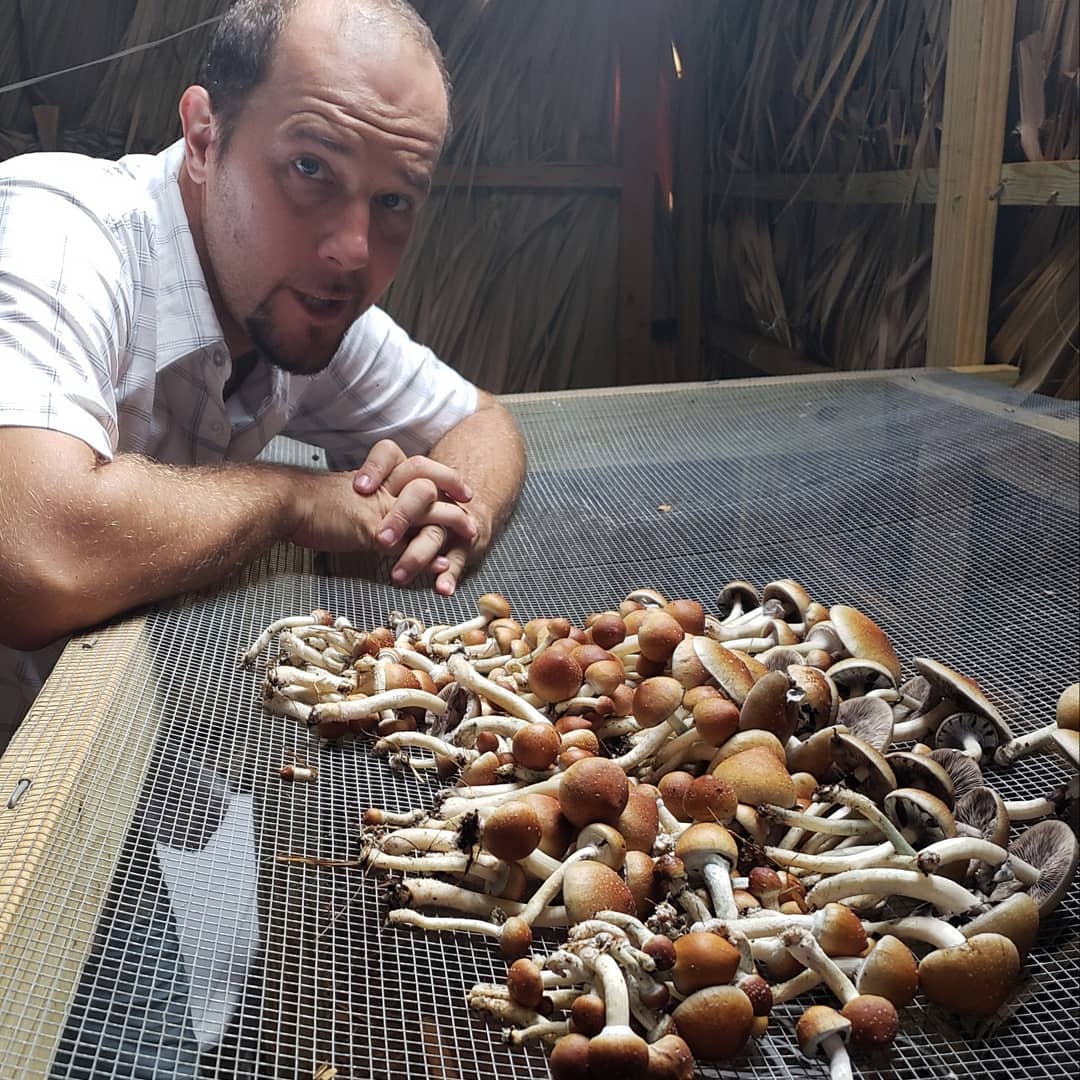 I Have a Confession to Make

Born into a divisive post-colonial world, at times I have fallen into the trap of competition. The outcomes have taught me that collaboration is how we succeed. Here I publicly confess my sins. 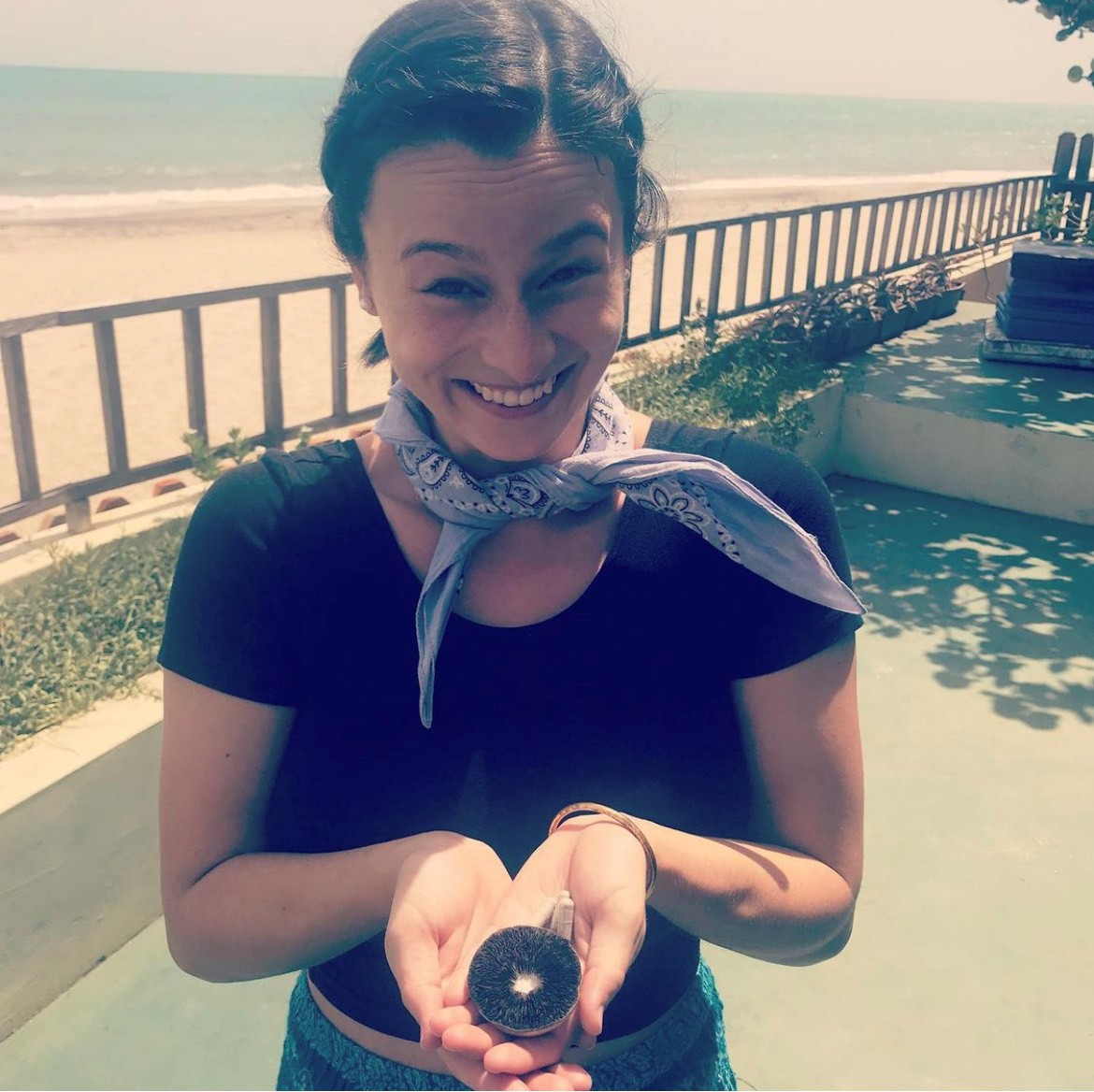 The Mushroom Found Me

Athena describes her circuitous journey from a religious upbringing, which serendipitously introduced her to psilocybin. The mushrooms brought her to foreign lands, presented her with new friends and a multitude of experiences. All this has led to the founding of Psanctuary the sacred mushroom church. What more might the mushrooms have in store for her? 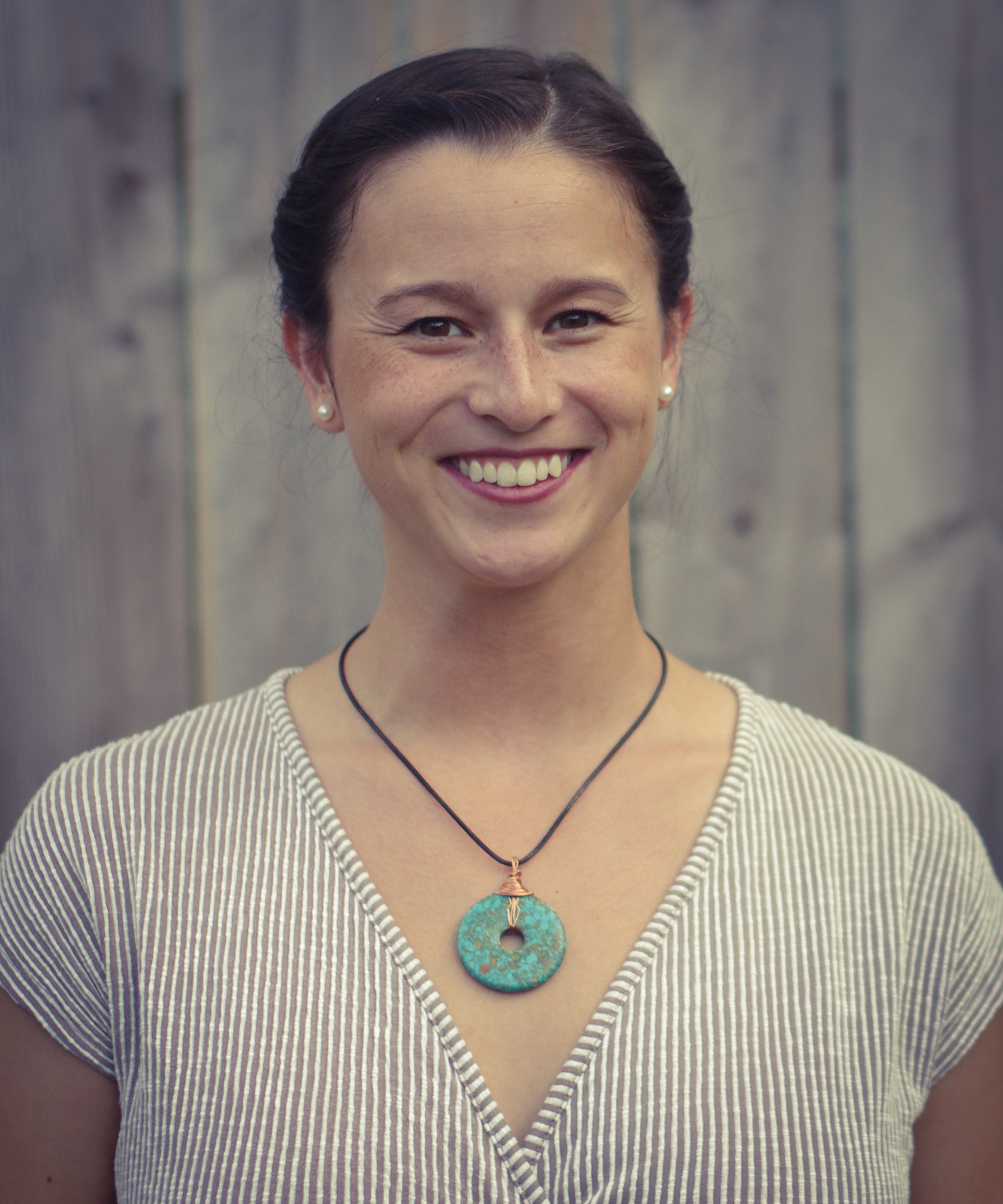 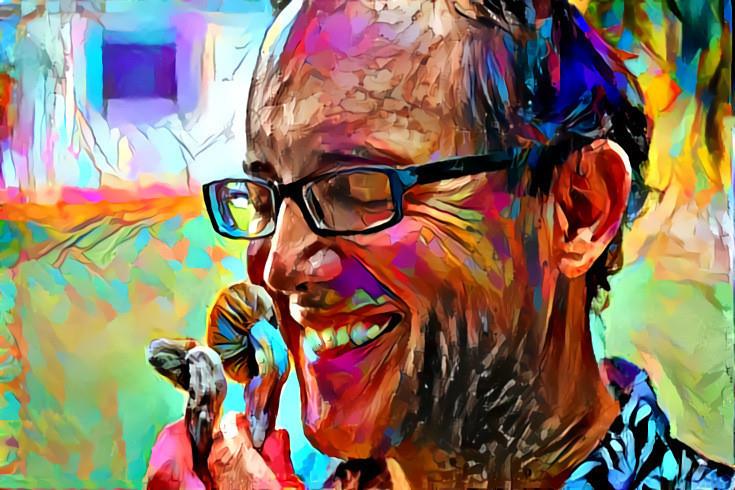 One People Under the Mushroom

Eric narrates his departure from the Catholic Faith and events which led to the foundation of Psanctuary: The Sacred Mushroom Church 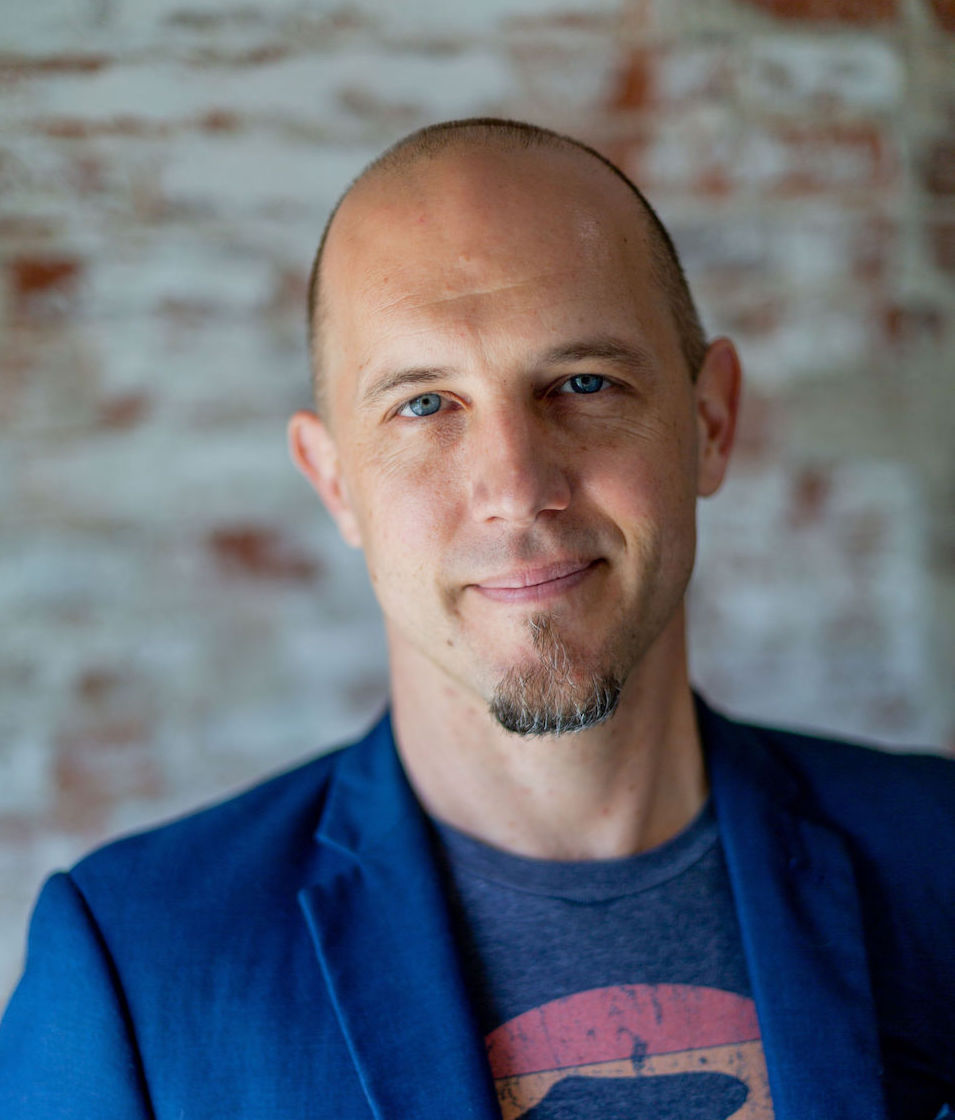